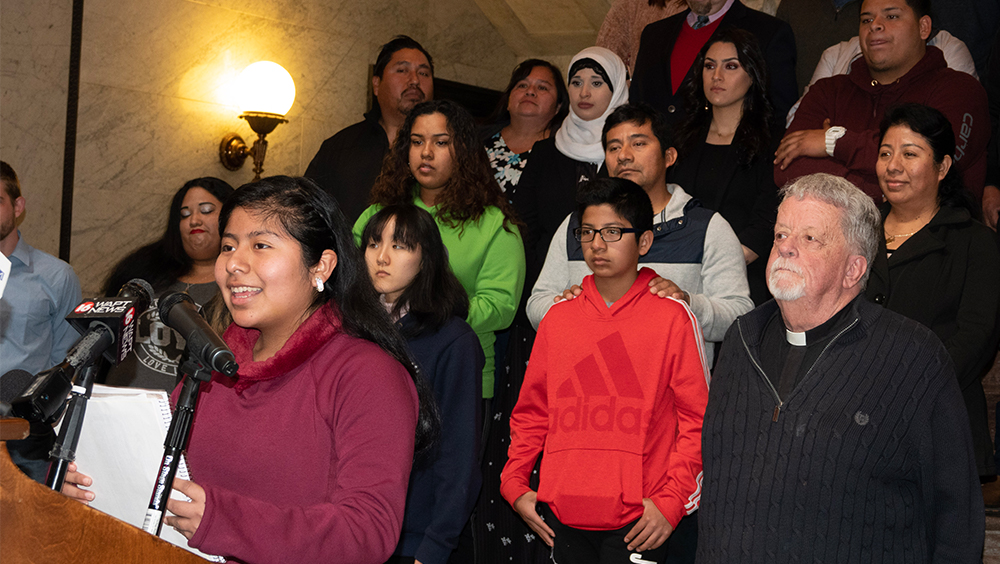 After our 12:30PM news conference in the Capitol building’s rotunda, participants formed delegations (about 6 people per group) and moved to meet with specific legislators. The delegations included immigrants and people from Mississippi’s Latino and Muslim communities; there was also a bilingual person in each group to translate for any non-English speakers.

Each delegation was able to effectively connect with their targeted legislator. We specifically met with the chairs of the House and Senate Judiciary committees to communicate our concerns and ask those legislators not to bring up the anti-immigrant and anti-worker bills that had been referred to their committees.

We’re proud to report that none of the proposals on our “bad bills” list were brought up for discussion in these legislative  committees, meaning that the bad bills have all died (see below for our lists of “good bills” and “bad bills”).

–SB 2506 by Sen. Michael Watson: Authorize election officials to ensure that non-United States Citizens are not registered to vote. OPPOSE