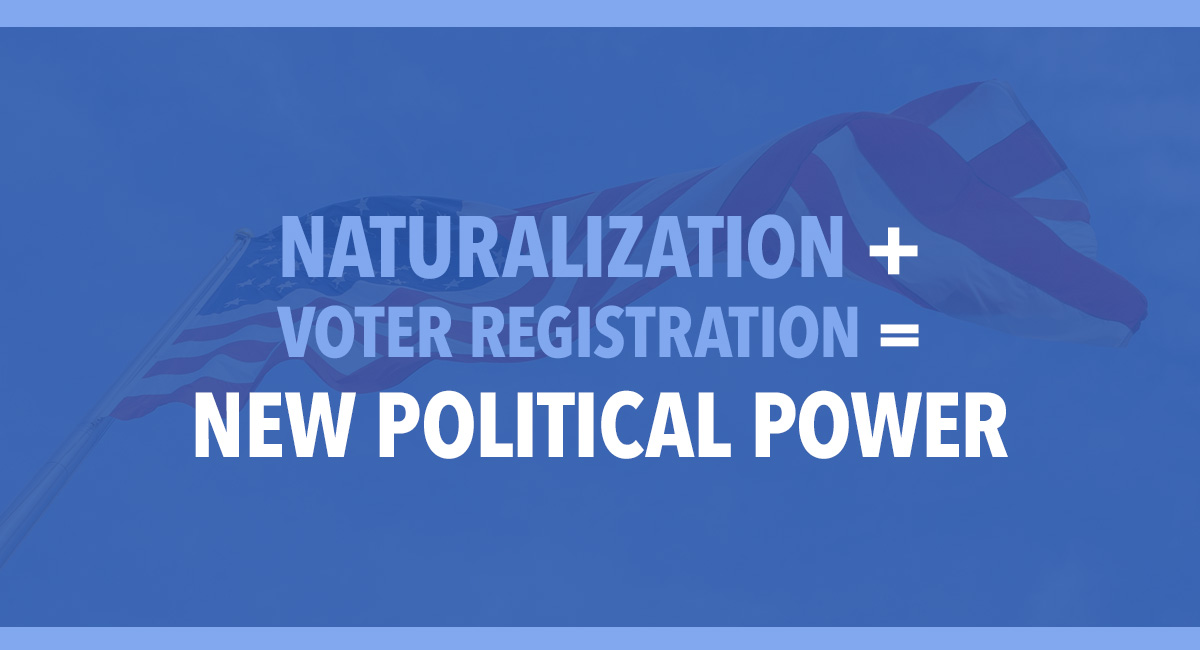 In Mississippi and across the country, immigrants are always on the defensive, politically speaking – constantly resisting racist candidates and xenophobic legislation. MIRA is launching a longterm effort to build political power through the ballot box: helping people apply for citizenship so that they can become registered voters is a proven and historic strategy for developing a new center of political power within marginalized communities.

A powerful example of this type of strategy is the work of the Community Service Organization (CSO) in East LA, a group founded by Antonio Rios, Edward Roybal (who became a Los Angeles City Councilperson as a direct result of the work of the CSO – and later a member of US Congress), and Fred Ross, Sr. The organization mentored and gave Latino activists and organizers such as Cesar Chavez and Gilbert Padilla a space to begin their work.

The CSO began in the 1950s in Los Angeles, at a time when many Latinos in California were oppressed, impoverished, and had zero political representation. Through a combination of house meetings, citizenship classes, door-to-door voter registration drives, and lawsuits and legislation, the CSO was able to establish real voting and political power in Los Angeles and then across the state. According to The Nation magazine, “The CSO…became the most powerful Mexican-American group in the country, registering half a million voters and shepherding in a new era of Latino political power across the west. They did so block by block and precinct by precinct, finding leaders who drove the work.”

MIRA is planning a similar strategy for the coming months – a combined focus on naturalization and voter registration in Mississippi can yield a whole new set of voters and political power for residents of color.