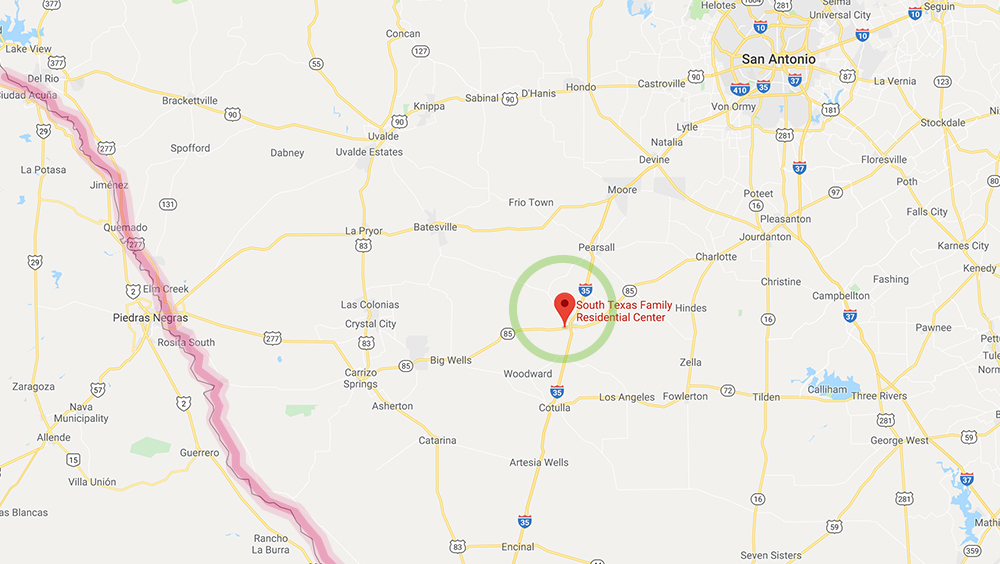 MIRA Legal Project Director Attorney Patricia Ice volunteered with the Immigration Justice Campaign at the South Texas Family Residential Center in Dilley, TX for a week last month. This detention facility, run by a private, for-profit agency called Core Civic, is the largest family detention facility in the nation and has a contract with the U.S. Department of Homeland Security. Patricia worked with a group of volunteer attorneys to assist residents in this facility who were asylum-seeking women and children.

Patricia worked primarily in one-on-one sessions with women to help them prepare for their Credible Fear Interviews (CFI). The CFI, conducted by a USCIS asylum officer at the detention facility, is one of the first steps in the asylum process if a person enters the country without authorization and/or is apprehended by the U.S. Department of Homeland Security before she has a chance to file an asylum case administratively. The CFI establishes whether a mother or child has a credible fear of persecution if she is forced to return to her home country.

Patricia and her fellow volunteers spent hours working individually with the women to prepare them for the interviews. They helped the women demonstrate that they were victims of persecution in the past, or that they had a fear of future persecution if they returned home. They helped the asylum seekers understand the types of persecution recognized in the asylum process, whether being persecuted due to their race, religion, political opinion, nationality, or membership in particular social group. These prep sessions usually took place the day before, or in some cases, the day of a woman’s credible fear interview.

After the CFI, it can take several days for a family to receive a result.  At Dilley, if an asylum seeker gets a positive result, she and her dependent child(ren) will be released from the facility to a relative or other sponsor to await her asylum hearing at an administrative U.S. immigration court (sometimes scheduled for 1 or 2 years in the future). If the asylum seeker does not pass the interview, she will likely receive an order of deportation with a possibility of being returned home.

The Immigration Justice Campaign has volunteer projects at several detention facilities around the country and in some cases organizes 1-week volunteer opportunities for immigration attorneys and others, such as paralegals, bilingual interpreters and translators, mental health professionals and other medical professionals. In some cases, volunteer work can be done remotely.

To Volunteer: Patricia was proud to participate in this initiative and feels that it helped her to improve her immigration legal skills. To learn about how you might be able to volunteer with this initiative go to  https://www.immigrationjustice.us/home and click on the “Volunteer” tab.

One thought on “Attorney Patricia Ice Volunteers in Dilley, TX”