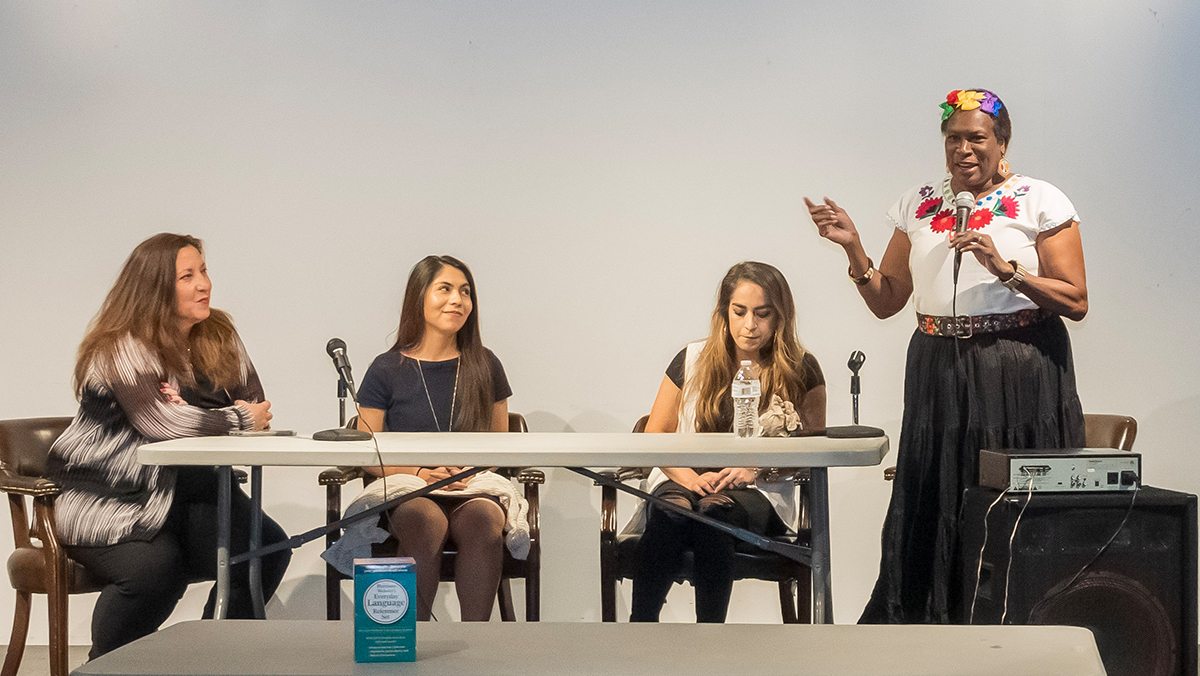 MIRA Legal Project Director Attorney Patricia Ice is providing support to raid victims in a variety of ways. She is part of a legal coalition led by attorney Amelia McGowan, of the Mississippi Center for Justice, Cliff Johnson from the MacArthur Justice Center at the University of Mississippi Law School, and Mary Townsend from El Pueblo. The legal coalition is a group of pro-bono attorneys, which includes MIRA Board member Jaribu Hill of the Mississippi Worker’s Center for Human Rights. The attorneys work on cases for those affected by the raids and are collaborating with the Federal Defender’s office.  MIRA Organizer Luis Espinoza has also helped with the legal response.

The coalition hosts legal intake clinics at churches in affected communities. Patricia served as an attorney in sessions at St. Anne in Carthage, Sacred Heart in Canton, Trinity Mission Center in Forest, and St. Martin de Porres in Morton.

A major focus going forward is assisting individuals who need to post bond. At least 100 people were charged with crimes (such as illegal re-entry, misuse of a social security number, among others charged). Most of these individuals had an initial bond hearing and have been turned over to ICE, but they now need to post bonds with ICE in order to be released while their cases are pending. Bonds with ICE must be paid in cash and are a minimum of $1,500.00 (oft times much more). One group, led by Cliff Johnson and Beth Orlansky at the Mississippi Center for Justice, is raising funds to pay these immigration bonds. So far, the Bond Fund team has been able to pay bonds for some 20 individuals.

Patricia Ice also recently participated in two panel discussions and shared information about immigration at Ideas on Tap Happy Hour at Hal & Mal’s in Jackson and at the League of Women Voters’ Membership Brunch in Jackson. Patricia also appeared on the Mississippi Public Broadcasting hour-long program, In Legal Terms. On that show, Attorney Ice discussed immigration law with listeners, some of whom called in. And on September 28, Patricia moderated a panel featuring two DACA recipients at the preview of the film, The Unafraid, at the Smith Robertson Museum in Jackson. The film was shown in collaboration with the Mississippi Hispanic Association and in honor of Hispanic Heritage Month which is celebrated each year between September 15 and October 15.

MIRA is holding the next Naturalization Workshop at the MIRA office on Saturday, October 26, beginning at 9:00am. MIRA is charging $100 for the Workshop service fee, and one can get help with his/her quest to become a United States citizen. In most cases, there is also a United States Citizenship and Information Services (USCIS) filing fee of $725. For more information about the Naturalization Workshop please contact Attorney Brenda Chambliss at 601-354-9355 ext 7.