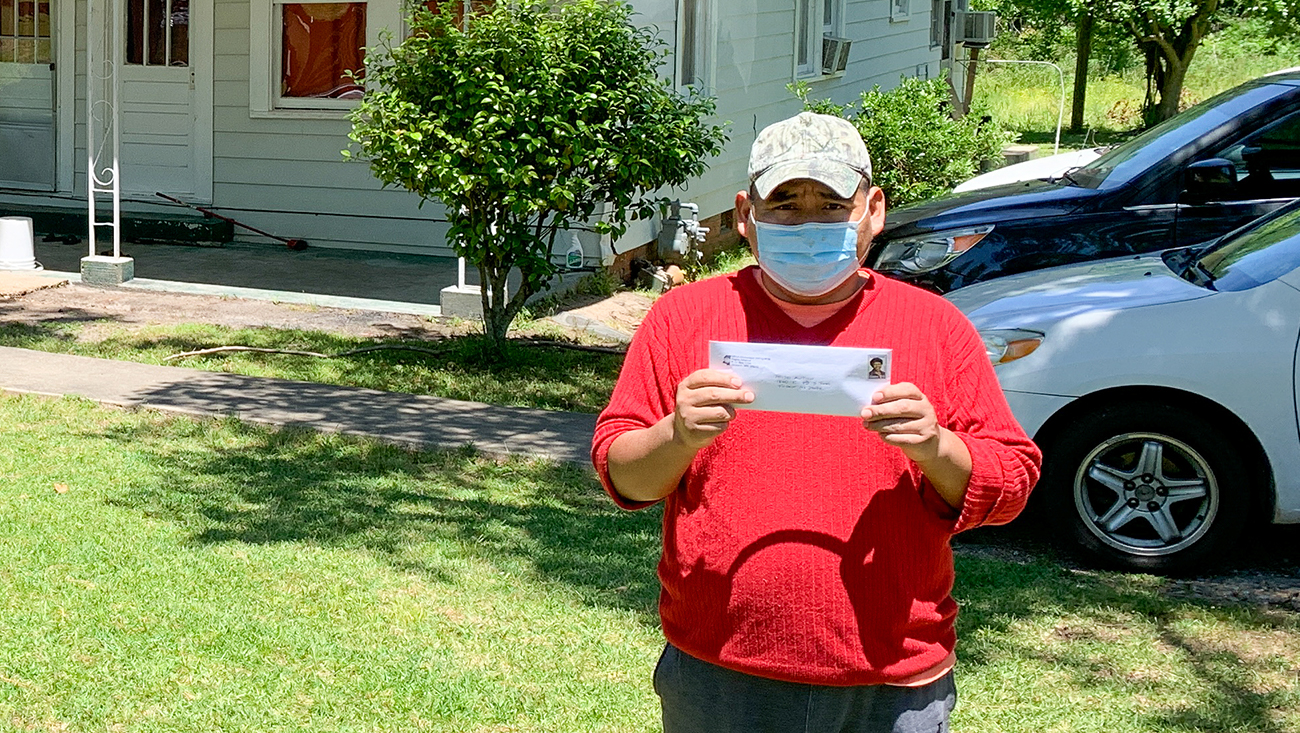 Immigrants on the front lines of the COVID-19 crisis

Tremendous responsibility falls on the shoulders of immigrant workers: they’re critical in the response to COVID-19, but are more vulnerable than any other class of worker. Let’s take a look at their contributions, and how employers and governments are failing to protect them.

While millions of Americans shelter in their homes, immigrants around the country are still going to work in factories and farms. One in five food supply chain workers is an immigrant! And they’re putting their lives at risk to put food on our tables, often working in close proximity to others without proper protective gear. In some cases, undocumented farm workers are ironically labeled as “essential workers” who can continue showing up for work despite statewide stay-at-home orders. Some meat processing plants in the Midwest have been temporarily shut down following massive COVID-19 outbreaks, and we hear reports from Mississippi poultry plant workers that even as fellow workers have tested positive, employers are not doing enough to prevent the spread of the virus. Many people are terrified of going to work, but feel they have no alternative. Meanwhile, meat (especially beef) has become incredibly expensive.

Two weeks ago, at the Peco Foods plant in Canton, Mississippi, workers shared with us that there have been several probable cases of COVID-19 and even one death. This information had been kept quiet, and for some time, employers did not take serious precautions.

However, the Peco workers have a union (United Food and Commercial Workers, Local 1529) which took action. Last week, we heard new reports that the plant was providing workers with protective gear, and placed Plexiglass partitions between work stations to help prevent spread. These improvements are the result of the union’s negotiations with the employers. Peco Foods is not responding to inquiries from the media.

For an in-depth exploration of the situation facing poultry workers in Mississippi, please read this piece in the Jackson, Mississippi Clarion Ledger newspaper.

Healthcare providers are obviously at greatest risk during this pandemic; and 16.5% of all medical professionals in the US are immigrants. But in some states, as many as 30% of healthcare workers are immigrants, showing that foreign-born workers are vital to our defense against the virus.

Many doctors and healthcare workers in Mississippi are immigrants, working in the United States on an H1B visa. They are legally authorized to be in the country as long as they are earning a paycheck. But becoming sick with coronavirus could mean significant time off work, and due to the requirements of the H1B visa, many immigrant medical workers worry that they could be at risk of deportation.

Our country has a history of denying public benefits to immigrant workers, despite their tremendous contribution to our economy. Last year, the Trump administration moved to deny green cards or legal permanent residence to immigrants who use public benefits. Things are no better during the pandemic. While immigrants play an essential role in maintaining the food supply chain and healthcare system during the crisis, undocumented workers are not eligible for unemployment benefits. This means that many who have made tremendous sacrifices, showing up to work daily despite the risks, are without a safety net in the face of layoffs. And vicious policy baked into the economic relief package prevents US Citizens with undocumented immigrant spouses from receiving any stimulus payments.

The current administration’s unscientific and inconsistent approach to this pandemic has cost us time, money, and innocent lives. And Trump is now using the crisis as another opportunity to hurt immigrants, issuing a full prohibition on immigration to the United States for at least 60 days.

At the same time, immigrants in detention centers face crowded, unsanitary conditions and extremely limited access to decent food and health care. COVID-19 cases are cropping up in prisons and detention centers around the country, and some victims of the August 2019 poultry plant raids, who are held in Louisiana, describe harrowing conditions. And we have reports from American Immigration Lawyers Association (AILA) members that a number of detention centers, including the LaSalle Detention center in Jena, Louisiana, have enough cases that they’re placing sick detainees in “COVID dorms.” We also have reports that some guards at Richwood, Louisiana correctional facility have died.

One family, torn apart by the August raid, is now in “double jeopardy”—both husband and wife are sick with COVID-19; he, in detention in Louisiana; she, isolated at home, afraid that she will lose her job at the chicken plant. Their lives “(intersect) with coronavirus hotspots: meatpacking plants and ICE detention centers,” notes Reuters.

Complicating matters is the fact that USCIS Offices remain closed and don’t plan to reopen until around June 4th. They suspended in-person services in most field offices, but continue to provide mission-critical services that don’t require in-person activity.

At the same time, some immigration courts are open and some are closed, making it difficult to move forward with cases. Hearings for non-detained cases are postponed through May 29th, while cases for detained persons are continuing—but with complicated arrangements such as video and phone conferences.

In late February, a group of Cameroonian women held by Immigration and Customs Enforcement at the T. Don Hutto Residential Facility, a women’s center in Texas run by private prison company CoreCivic, staged a sit-in in front of the facility’s clinic to protest their prolonged detention and lack of medical care.

Jasmine, a Cameroonian asylum-seeker who had been held at the facility since September of last year, said there were “no health services.”

“You’ll be sick, but people will say you are pretending,” she said. (Like other detained women interviewed for this story, she is identified by a pseudonym to protect her from retaliation from ICE.) Sarah, another Cameroonian asylum-seeker, said she had developed anemia while in detention and was given nondescript drugs that didn’t help. “It’s not changed. They have done no checks to see what’s the problem, and I’ve been living with that for three months, four months,” she said.

The women decided they’d had enough. Some of them drafted an open letter, and a group of more than 40 joined the sit-in. “The Cameroonians protested, saying, ‘We don’t want to live here any longer. The suffering is too much,’” said Jasmine.

A month later, the women have been separated, scattered by ICE to detention centers in the South where they are cut off from lawyers, support networks, and the group that had joined together in protest. And ICE is still refusing to consider their release — even in the midst of a global pandemic that could have deadly ramifications if it spreads in detention.