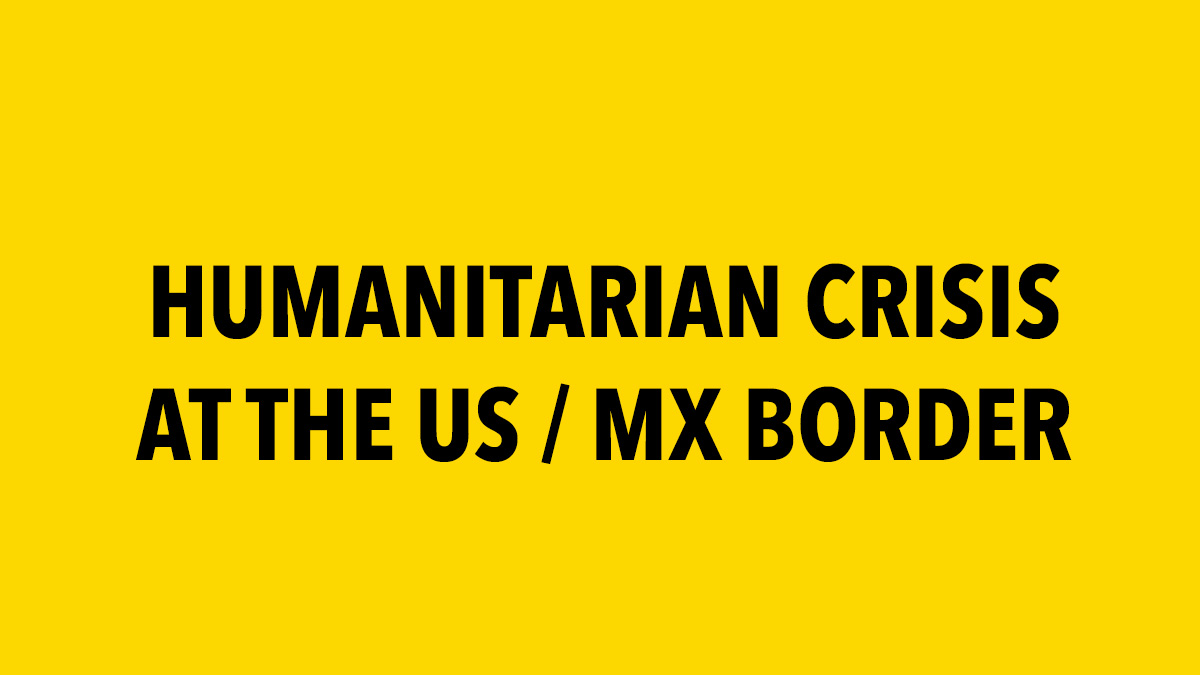 After months of political unrest following the assassination of Haiti’s president, and spurred on by the recent devastating earthquake, thousands of Haitian refugees (by some estimates, up to 15,000) have made the journey to the U.S. / Mexico border at Del Rio. Thousands were camped under a bridge in squalid conditions, with more arriving each day. Meanwhile, the U.S. Border Patrol has carried out horrifying anti-Black violence on asylum seekers.

In an open letter to the Biden administration, the National Network for Immigrant and Refugee Rights (NNIRR) explained, “Recent video footage broadcast on national news showed U.S. Border Patrol agents on horseback, wielding long reins and chasing Black migrants, who are mostly from Haiti. These disturbing images [were] in addition to the Biden administration’s decision to continue to exclude and deport thousands of asylum seekers in violation of U.S. and international laws.” Please see the PDF document below to read the full letter from the NNIRR.

MIRA’s Executive Director Bill Chandler noted that the mounted border patrol agents chasing migrants made him think of the appalling historic images of enslaved people being pursued by violent patrol groups. The cruelty of that moment is all the more disturbing, because just prior to the horseback incident, the migrants had crossed back into Mexico to purchase food for their families, and on their return, the Border Patrol agents intentionally knocked the bags of food out of their hands.

Marleine Bastien, Executive Director of Family Action Network Movement (FANM), said, “we are deeply concerned with the United States treatment of Haitian refugees who are fleeing credible [threats] and violence in Haiti. It is cruel and inhumane for the Biden administration to deport Haitian refugees to Haiti after a recent earthquake killed over 2,500 people, destroyed 53,000 homes following months of insecurity, massacres, killing of political opponents, kidnapping, rape and other gender based violence, in addition to the killing of a sitting President.”

Join us in standing in solidarity with Haitian refugees and call on the Biden administration to take immediate humanitarian action and treat asylum-seekers with compassion and dignity. The Black Alliance for Just Immigration (BAJI) has assembled an action toolkit with sample call, email, and social media scripts that you can use to reach out to the President and your Congressional representatives.

National Network for Immigrant and Refugee Rights: demand action from the Biden administration
MIRA is affiliated with this organization and Bill Chandler serves on the NNIRR board of directors.

American Immigration Council: Legacy of Racism with US Border Patrol