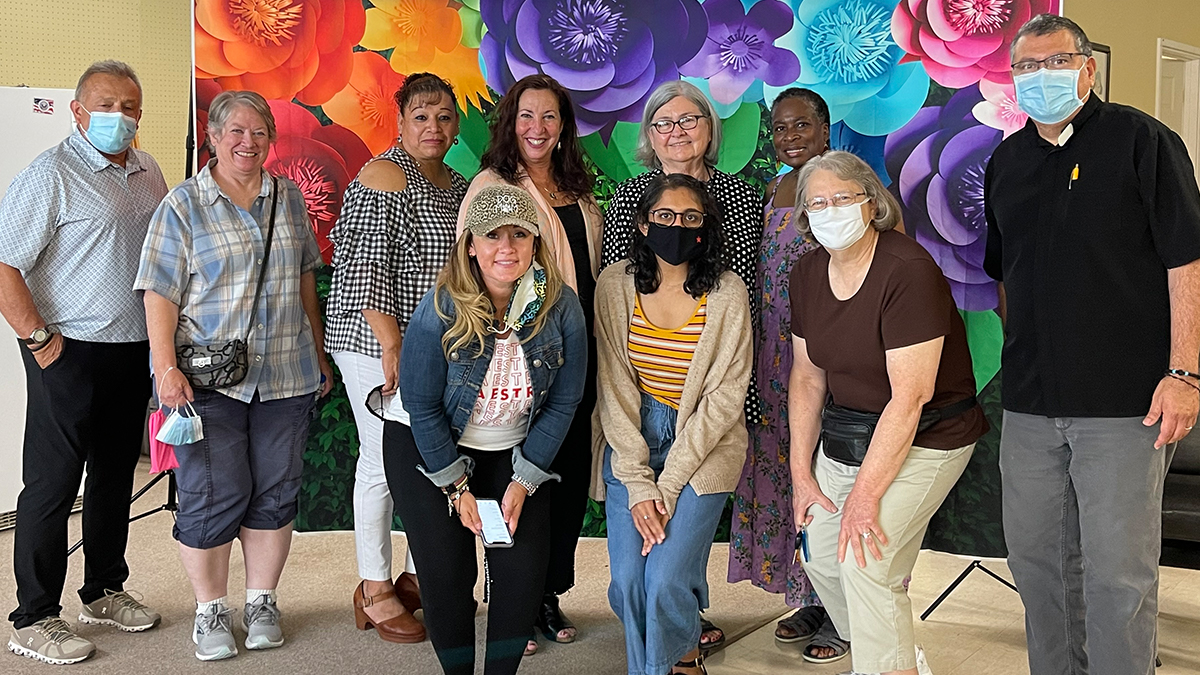 The Legal Project has been working on a number of cases, including employment authorizations, DACA renewals, marriage-based adjustments of status. Additionally, we have successfully assisted several clients in obtaining citizenship (see below).

The Legal Project has been active in organizing and community action, attending events held in remembrance of the 2019 worksite raids in Mississippi, as well as giving statements to media regarding recent immigration reform pushes in the United States Congress.

In April the MIRA staff, led by Patricia, attended the AILA National Day of Action and met virtually with the congressional offices of Senators Wicker and Hyde-Smith and Congressmen Thompson and Guest.

In October, MIRA Legal Project Director Attorney Patricia Ice spoke in a WLBT news segment covering a new memorandum from the Department of Homeland Security (DHS) which prohibits worksite immigration raids. DHS Secretary Alejandro Mayorkas issued the guidance, saying, “We will not tolerate unscrupulous employers who exploit unauthorized workers, conduct illegal activities, or impose unsafe working conditions. Employers engaged in illegal acts compel the focus of our enforcement resources. By adopting policies that focus on the most unscrupulous employers, we will protect workers as well as legitimate American businesses.”

Patricia explained that this effort by the Biden administration to end punitive worksite enforcement raids was a positive development for immigrants around the country. Mississippi immigrants have been hard-hit by ICE raids on job sites, including mass raids in 2008 at Howard Industries in Laurel, and in 2019 at poultry plants across the central part of the state. MIRA responded to both historic raids by raising and distributing hundreds of thousands of dollars to the families of the victims. In these raids, all enforcement action fell on individual workers, and left the plants’ executives and almost all managers with zero consequences. It’s very good news that DHS will now focus on stopping exploitative employment practices instead of targeting vulnerable migrants.