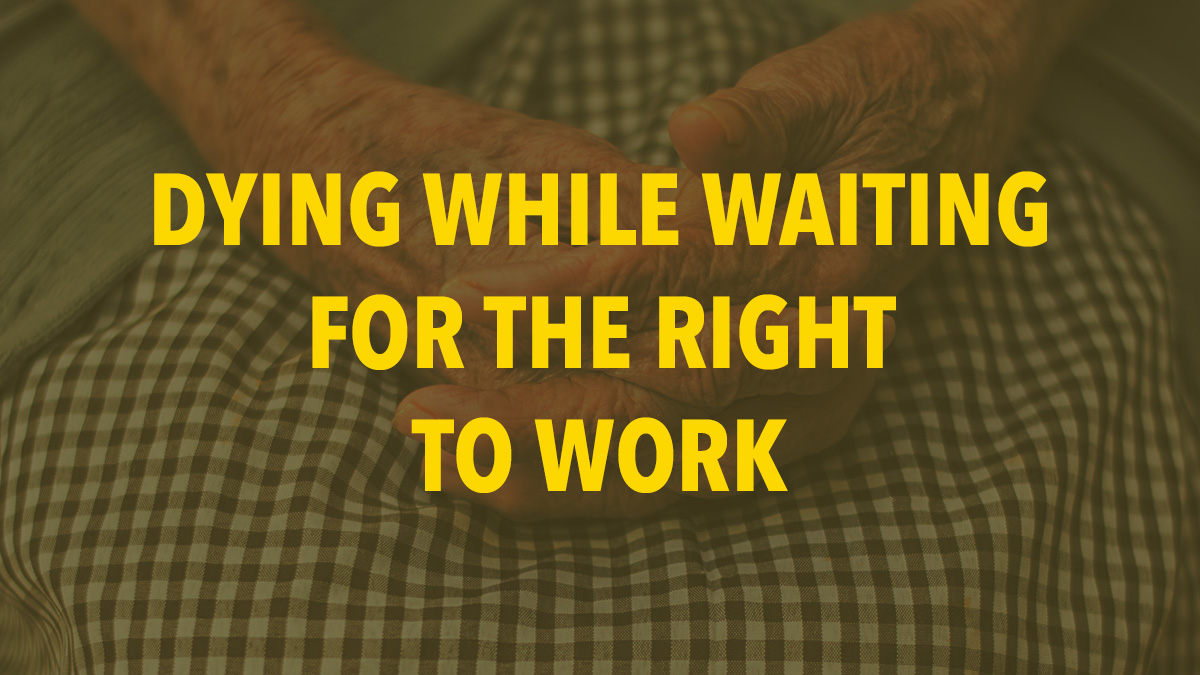 One MIRA client’s experience illustrates the brutal impacts of COVID delays and the current immigration system. “JK” (name shortened for privacy), an asylum-seeker, was detained in Texas after a horrifying journey from Cameroon through Latin America to the U.S. / Mexico border. She was transferred to Adams County Correctional Facility in Natchez, MS after she was accused of participating in a protest over squalid conditions in the Hutto, Texas facility. JK was referred to MIRA by a Texas immigration attorney, and Patricia worked on a habeas corpus case, trying to get her released from jail due to serious untreated health problems.

Ultimately, JK’s asylum case was denied but she was granted “withholding of removal” which allows a person to remain in the country temporarily and obtain a work permit. When she was released from jail, Bill and Patricia picked her up and took her to Jackson, MS for her flight to the Washington, D.C. area, where she planned to stay with some distant relatives.

In July 2020, MIRA’s team filed for JK’s work authorization. She was extremely anxious to begin working so that she could provide for herself. Many months later, USCIS confirmed the permit had been issued, but it never arrived to the apartment where she stayed. Patricia did everything she could to track down the missing letter, including speaking with the postal worker who delivered the mail. The MIRA legal team filed for the permit again in early 2021, but it did not arrive until November of that year (and was only valid through April 2022).

Through all these months of waiting for the right to work, JK’s mental and physical health declined. She seemed to be “worrying herself to death,” feeling alone, frustrated and confused. Shortly after the permit finally came through, she suffered a major heart attack in December 2021 and was hospitalized. From then on, she was in extremely poor health. Patricia visited her in April 2021, but she was in a comatose state.

JK died in May 2021; she was only in her fifties, and never had a chance to use the work permit she’d waited more than a year and a half to receive. Her story illustrates the harsh and impersonal nature of the immigration system, and why it’s crucial that USCIS improves its processing times.