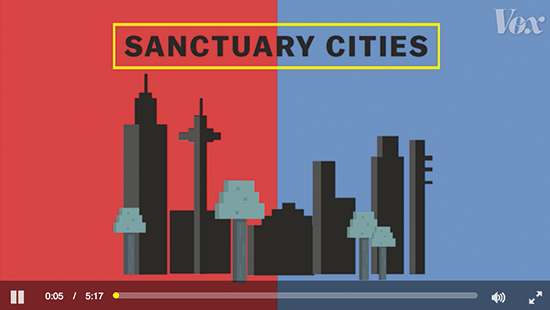 In summer 2017, reports surfaced that Trump was beginning to make good on his threats against so-called “sanctuary cities” by denying federal funding to cities that failed to comply with new Department of Justice requirements. Essentially, the new DOJ guidelines say that local law enforcement must assist federal immigration agents, or else lose funding from a federal grant. Vox Media has a great explanation of the issue.

In November 2017, the DOJ wrote letters to 30 US cities and counties requiring that they explain certain local ordinances and demonstrate that said ordinances are not in violation of Constitutional guidelines, or else lose law enforcement funding provided by the Byrne Justice Assistance Grant Program. Jackson, Mississippi was one of the cities on this list, and was included due to its 2010 Anti-Profiling Ordinance (which was drafted by the MIRA Legal Project in cooperation with the late Jackson mayor Chokwe Lumumba when he was Ward 2 city council person; the ordinance passed by a vote of 6-1).

Current City of Jackson Mayor Chokwe Antar Lumumba’s response was swift and unequivocal; stating: “It is my belief that the action taken by the City of Jackson to enact an anti-racial profiling ordinance is not in violation of the law, but to the contrary is an effort to undergird the long-standing ideals that are firmly cemented within our justice system.”

This issue is still outstanding; no further action has been taken by the Department of Justice and it’s unclear what next the steps may be.